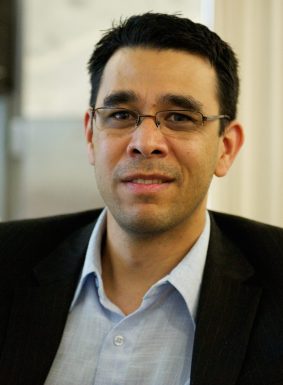 Eduardo G. Yukihara is the Head of the Radiation Metrology Section and of the Dosimetry Group at the Paul Scherrer Institute (PSI), Switzerland. He is also Adjunct Professor at the Physics Department, Oklahoma State University (OSU), Adjunct Professor at the Department of Materials Science and Engineering, Clemson University, Associate Editor of the Radiation Measurements journal, and Handling Editor of Physics Open (Elsevier).

He obtained his PhD at the University of São Paulo (Brazil) in 2001. After a three year postdoctoral fellowship at OSU, he joined the faculty of OSU’s Physics Department in 2004, having achieved the level of Full Professor in 2016. He was awarded the Fellowship for Experience Researchers from the Alexander von Humboldt Foundation and spent one year at the German Cancer Research Center (DKFZ) in 2014-2015. In 2016 he joined PSI.

At OSU he led a dynamic and well-funded research group in the area of radiation dosimetry, luminescence materials and luminescence processes. Projects developed included the characterization of new radiation detectors for space dosimetry and medical applications in radiodiagnostic and radiotherapy, including proton and carbon beam therapy, as well as the development of neutron-sensitive dosimeters and new particle temperature sensors. At PSI he is expanding his research also to applied topics in neutron, personal, and environmental dosimetry.

He has authored over 100 peer-reviewed publications, co-authored the book “Optically Stimulated Luminescence: Fundamentals and Applications”, and co-authored the book chapter “Optically Stimulated Luminescence (OSL) Dosimetry in Radiotherapy” (in “Clinical Dosimetry Measurements in Radiotherapy”, Ed. D. W. O. Rogers and J. Cygler). He has given more than 20 invited talks in international conferences, served as a member of the American Association of Physicist in Medicine Task Group 191 on luminescence dosimeters, and served as a reviewer for more than 20 international journals. He is also a member of Radiation Measurements Editorial Board and treasurer of the International Solid State Dosimetry Organization.